Upon reaching the U.S.-Mexico border, a Sikh asylum-seeker who had left his country in pursuit of political asylum in America encountered Border Patrol agents who mandated that he surrender his belongings. Among these belongings were two valuable symbols of the Sikh faith. When he was ordered to remove his turban, the man pleaded with the officers and explained, “It’s my religion.” He was then forced to remove his turban and throw it into a trash pile. Thereafter, the man requested that he be allowed to keep the turban upon being released from custody. However, this request was also denied. In an interview discussing the experience, the man stated, “I felt so bad.”

Reports of similarly abhorrent stories have been on the rise as Border Patrol agents in the Yuma area have significantly ramped up ongoing practices of removing and discarding the religious headwear of migrants and asylum seekers. Consequently, in recent months, these events have garnered increasing attention from the public, local organizations, and legal professionals. In particular, the practice of confiscating and trashing religious headwear at the border has been criticized and resisted on several fronts. Among these critiques is the assertion that these actions represent violations of religious freedom, and further fall in direct opposition to U.S. Custom and Border Protection’s (CBP) own policies regarding non-discrimination.

In discussing the events taking place at the border, it is helpful to understand the nature of asylum seeking and the religious implications surrounding the confiscation of Sikh turbans. The United Nations has estimated that about one million individuals around the world seek asylum each year. An asylum seeker is a person who leaves their country to seek protection from human rights violations or persecution, but who has not yet been granted the legal status of a refugee. Once the request for sanctuary is processed and an asylum seeker is recognized as a refugee, the individual can receive the legal assistance and protection of a host country. Ultimately, the right to seek asylum from persecution and human rights abuses is a recognized human right and the dignity of persons seeking asylum should be respected at potential host country borders.

In recent months, the number of asylum seekers and migrants arriving from India to the U.S.-Mexico border has increased rapidly. The majority of persons fleeing India are from the Punjab region, where more than half the population is Sikh. The notable spike in asylum cases from India has been the result of growing tensions in the country against religious minorities and increased violence toward Muslim, Sikh, and Dalit communities. Assault, sexual violence, and murder are among the types of hate crimes that have been reported against marginalized groups. Ultimately, in the process of fleeing religious persecution in India, Sikh asylum seekers are now being forced to remove and discard a sacred element of their faith upon entering the United States.

According to immigration attorney and Sikh rights advocate, Deepak Ahluwalia, “[t]he turban is sacred to Sikhs” and “[i]t can be weeks and even months before these young men or women can cover their head – which is not only part of their faith, but part of their identity.” Moreover, a Sikh volunteer from the Phoenix Welcome Center described the removal of Sikh turbans as both a humiliating and violating experience for members of the Sikh community. In relaying his experience at the border, one Sikh asylum seeker stated that in the two times that he has cried during his lifetime, one of those times was when his turban was removed and thrown away.

Increase in Confiscation of Sikh Turbans at the Southern Border

While Border Patrol confiscation of religious headwear is not a new issue, the sharp increase in these incidents over this past summer has sparked a heightened resolve to see such practices eliminated. In the months of June and July alone, there were nearly 50 cases of Sikh asylees stating that their religious headwear was removed and discarded by Border Patrol officials in Yuma, Arizona. These cases were reported by the International Rescue Committee, which had been documenting incidents of religious headwear removal throughout this past year. However, the significant increase in turban confiscation over the summer has now raised concerns that Border Patrol officers are ramping up these efforts.

Consequently, on August 1st, the American Civil Liberties Union (ACLU) submitted a letter to the U.S. Customs and Border Protection (CBP) Commissioner, Chris Magnus. The letter informed the Commissioner of the intensified efforts to confiscate religious headwear at the U.S. border and identified the practice as a violation of federal law and an infringement on religious freedom. The letter further asserted that the confiscations are also in violation of CBP’s own policy of non-discrimination, which reads, “CPB employees must treat all individuals with dignity and respect…with full respect for individual rights including…freedom of…religion.” CBP policy also mandates that Border Patrol agents “remain cognizant of an individual’s religious belief while accomplishing an enforcement action in a dignified and respectful manner.” Ultimately, the ACLU has requested that the CBP investigate the turban confiscations as civil rights violations and end the practice immediately.

In response to the injustice taking place at the southern border, members of the Phoenix Welcome Center and the Sikh community have been working to collect and replace the confiscated turbans. This past spring, the Phoenix Sikh community organized a turban drive and collected 75 turbans to be distributed among individuals who had their turbans taken away by Border Patrol. Within a matter of weeks, all of the turbans had been distributed through the Phoenix Welcome Center, and therefore the group has now recently ordered another 110 turbans for distribution. The International Rescue Committee has also undertaken efforts to find replacements for the confiscated turbans, and the ACLU has identified a volunteer who solicited over 50 turbans from friends, family, and members of the local community. Unfortunately, however, the collection and replacement of turbans cannot be sustained as a long-term solution to the problem given the sheer number of turbans required.

What Next: Needed Action for U.S. Customs and Border Protection

According to the CBP Commissioner, an internal investigation into the incidents of religious headwear confiscation has recently been initiated. Moreover, the agency has stated that additional guidance has been provided to border officials in regard to taking “particular care when handling property items of a religious nature.” However, according to the ACLU, past efforts encouraging the CBP to confront the issue of religious headwear confiscation have not been successful, and there has been little demonstration of “concrete action” after the matter was raised over the summer. Therefore, it will be vital that the outcomes of the CBP investigation and external pressure by civil rights advocates lead to sustainable and actualized change in the implementation of non-discrimination policies and religious freedom protections. 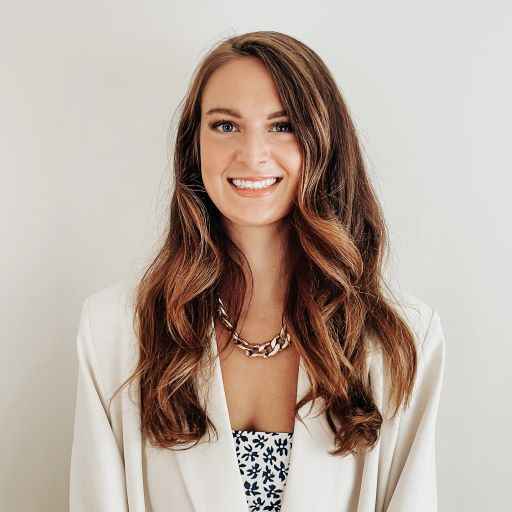 AnnaMarie Lively is a 2L Staff Writer with an interest in International Humanitarian Law and is currently on the board of the Women Law Students’ Association, American Constitution Society, and International Law Society at ASU. During her free time, she enjoys pilates and anything outdoors, especially hiking, water sports, and volleyball.