Golf has long been synonymous with the state of Arizona. While courses have populated the Valley of the Sun since the early 20th century, the game’s first big boom in popularity occurred following the end of World War Two with the development of Sky Harbor International Airport and President Eisenhower’s interstate highway system. For the first time, Phoenix was something more than just a stopping point for families and travelers heading out west to the sunny beaches of California. As the game has continued to grow, so too has a concerted group of lobbyists who have taken issue with one of the game’s practices. While some might think that this group stands opposed to one of the traditional barriers surrounding the game, whether it be the game’s aristocratic connotation or patriarchal history, in fact, this lobby opposes the use of golf’s arguably most valuable resource, water.

How Much Water Do Courses Use?

On July 28th, the Arizona Republic published an article on Arizona golf courses’ water usage. The piece received considerable traction, especially after Golfweek republished the article on its site several days later. The article argued that Arizona golf courses, as a collective group, repeatedly exceed their water allocations as set forth by the Arizona Department of Water Resources (ADWR), and specifically the Groundwater Management Act. The Groundwater Management Act was passed in 1980 and it is the legislative arm by which the ADWR can effectuate change regarding water usage.

The article cited several eye-opening facts in support of its argument. For example,  based on an examination of data provided by the ADWR, which tracked and measured golf course water usage from 2002 through 2020, it is alleged that “30 to 50 percent of Arizona golf courses have exceeded their water allotments each year.” Furthermore, the data purports to show that 86 of Arizona golf courses have exceeded their annual water allotments at least 10 times since 2002. The annual overconsumption of water by these courses amounts to approximately 15,000 acre-feet per year. To put that number into context, that is enough water to sustain 45,000 single-family homes for a year.

Why has this repeated overconsumption been allowed to continue? The crux of the problem stems from two major issues. First, the ADWR is “chronically understaffed and underfunded,” allegedly still reeling from budget cuts stemming from the 2008 recession. Second, a lack of punitive measures, which can only be applied to a narrow group of offenders, makes it difficult for the ADWR to penalize courses that use more than their provided allocation. The ADWR only has the authority to take action against golf courses that use groundwater, as opposed to less valuable reclaimed or recycled water. Further, according to internal research by The Republic, the ADWR has taken action against these courses, in the form of stipulations and consent orders, only twice in the past 20 years. This lack of action is the cumulative result of the chronic understaffing and lack of punitive measures at the department’s disposal.

It may seem as though the Arizona golf community is composed of some rather negligent and wasteful characters who flick their noses in the face of a state agency too underfunded to take any action against them. However, that would be only half the story. In fact, in the days following the release of this explosive article, the Arizona Alliance for Golf (The Alliance) released a statement in which they rebutted many of the points and claims made in The Republic’s article.

The Alliance contends that many of the arguments made in the Arizona Republic’s article are merely the result of taking data out of context and extrapolating the actions of a few courses to the Arizona golf community as a whole. For example, while the Arizona Republic’s article does correctly state that Arizona golf courses continued to use the same amount of water in 2020 as they did in 2002, despite the golf industry purporting to be constantly innovating to use less water, this does not account for the fact that the number of courses in the state has “increased considerably” during that period. The Alliance argues that if you look at water usage by golf courses on a per capita basis, the water usage by courses over that time is far less damning than the original assertion makes it out to be.

The Alliance also points out that it is not as if the ADWR is giving golf courses a “free pass,” and in fact, the inverse is closer to the truth. The Groundwater Management Act authorizes the ADWR to use 10-year management plans to allocate water resources. The Alliance points out that the Fourth Management Plan, which will not go into effect until January 2023 due to delays with implementation, and the Fifth Management Act which will take effect in 2025, will together reduce the golf industry’s water allotment by four percent over the course of just two years. This is despite the fact that Arizona golf courses use less than two percent of the state’s water supply, as opposed to Arizona’s agricultural industry which uses around 70%, yet brings in $4.6 billion in direct economic impact annually.

Where Do We Go from Here?

Even the most ardent golf supporters cannot refute the fact that golf courses use a lot of water, and that Arizona does not have copious amounts of excess water. This issue is also not going anywhere anytime soon, and will likely only continue to worsen as the Colorado River, which supplies roughly one-third of Arizona’s water, continues to experience its water level drop as a result of drought. However, it is important to recognize the measures that Arizona golf courses have taken to try and combat this issue.

Arizona golf course managers recognize that water is an extremely valuable and expensive resource, and that it is in their best interest to limit their usage while still providing a high-end product. Arizona golf courses are unique in terms of their layout and setup compared to other courses. As any moderately experienced golfer will attest, courses in Arizona are often designed to purposely limit the amount of grass or “turf” they have on their property in favor of desert-scaping or xeriscaping. These measures involve removing turf and replacing it with a landscape designed to reduce water consumption. By incorporating the natural desert landscape into the course design, Arizona golf courses not only limit the amount of grass, and therefore water needed to maintain the grass, but they also give their courses their unique character and design that golfers from around the country, and the world for that matter, seek to experience.

While golf courses have the unfortunate burden of being an openly visible example of water usage, they are far from the only Arizona industry that uses water. In order to tackle this challenge, a concerted group effort in which water lobbyists work together with golf courses, as opposed to singling them out, will produce the best end result for all. 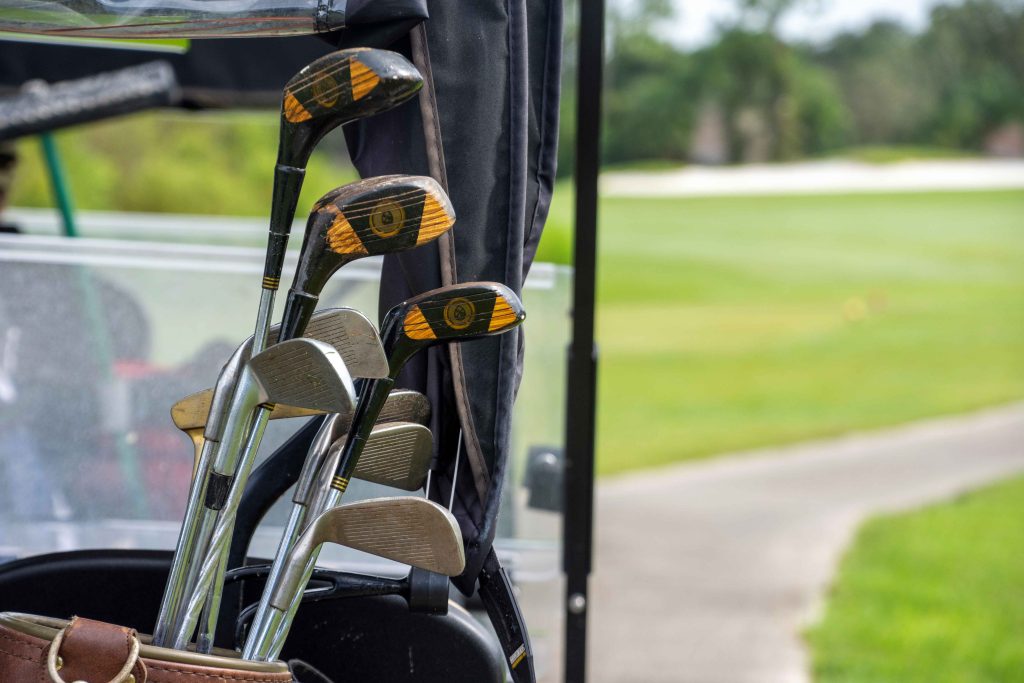