A Housing Market on Fire

Recent years have been chaotic for the housing market. All-time low mortgage interest rates and a relative shortage of homes resulted in widespread success for home sellers—and overwhelming frustration for buyers. Arizona has been a hotspot for the housing market and new residents. Despite relatively low population growth across the country, Phoenix and its surrounding localities have been some of the fastest growing areas in the US. To meet these demands, new residential building projects are going up everywhere across the state. Single-family home construction has jumped over 40% in both Phoenix and Tucson. Residential building permits hit a 16-year high in March of this year. If you want confirmation, just take a walk outside—within minutes you’ll likely run into the lifeless labyrinth of a new suburban housing community, or a minimalist apartment complex with a vaguely inspirational, yet meaningless name like Align or Strive.

While some “native” Arizonans are praying their new neighbors “don’t California ‘their’ Arizona” (whatever it is that means), others are settling into their new builds. Perhaps they’re centering their “genuine” mid-century modern sofa they found on Wayfair. Maybe instead they’re walking Bentley, the goldendoodle they adopted at the start of the pandemic. (Their neighbors are finding out he’s not “so well behaved at home” like they desperately plead to their friends at the dog park.) However new homeowners are choosing to enjoy their places, a sinister evil may be lurking within the drywall of their beautiful new builds: the latent construction defect.

It’s every homeowner’s worst nightmare: the builder swears up and down that they’ve given you the best home money can build, but a few years down the road your stucco is cracked. It turns out the contractor’s best friend’s uncle’s cousin, who claimed to be a professional, had only watched a few YouTube videos and thought that was good enough. As you flip through the contract with the builder, you vaguely remember a mention of some warranty waiver. The builder said it wasn’t important, and what were you supposed to do—read the contract? Of course not. Well, that little waiver may cost you valuable claims against the builder. But, fear not! A recent Arizona Supreme Court decision may be your saving grace.

For years, contracts for the sale of a newly built house operated on a “buyer beware” principle. In other words, it was a buyer’s responsibility to determine whether a house was adequately built or not. However, courts later realized that, shockingly, the average homebuyer can’t tell whether a latent construction defect exists somewhere in a new home. Thus, the implied warranty of workmanship and habitability was born, guaranteeing a minimum quality of work to every buyer of a new house. The implied warranty exists in every contract, whether it’s written in or not. In Arizona, the warranty holds builders liable for defects, for up to nine years after construction is completed, and even applies to subsequent purchasers of a home within the same timeframe. Nevertheless, some contract drafters began including waivers of the implied warranty or writing in express warranties intended to limit or replace the implied warranty. Considering the housing shortages in the area, potential homebuyers had practically no bargaining power to insist on removal of such waivers or limitations; if they wanted the house, they had to accept as is. Ah, the joys of “freedom of contract”!

Adoption of waivers of the implied warranty of workmanship and habitability in contracts for the sale of new houses has led to heated controversy about the role and justifications of the warranty. Many argue that the warranty holds builders liable for their own work and shouldn’t be waivable at will. Others feel freedom of contract trumps all else. Well, at least in Arizona, we finally have an answer for this debate. In Zambrano v. M & RC II, LLC, the Supreme Court of Arizona held that the implied warranty of workmanship and habitability cannot be disclaimed, even by express waiver. In that case, a buyer’s contract with the homebuilder replaced the implied warranty with a limited one-year express warranty. The buyer later brought claims against the builder for defects that appeared after the one-year period had passed. The Supreme Court of Arizona carefully weighed the public policy supporting both sides, and was ultimately persuaded by the prospect of protecting homeowners. The court held that the implied warranty could not be replaced or waived; it exists regardless of what the parties agree to. Apparently, the builder’s argument that such a holding would disincentivize builders from competing to offer the best warranty was not compelling enough. Sure, that’s clearly what the builder was hoping to do.

Zambrano: A Windfall for Homebuyers, or Just Hot Air?

Despite the snark, the holding in Zambrano may have serious implications for homeowners and builders alike. The Supreme Court of Arizona has now confirmed that any contract for a new home has a minimum guarantee of quality imposed by law. The recent population and residential housing boom means this holding may affect tens of thousands of homeowners. It’s possible that many new homeowners waived the implied warranty in their contracts, but Zambrano says those waivers are no longer enforceable. If that affects you, then congrats! Your disregard just scored you a better deal! On the other hand, many in the construction industry are doubtful that Zambrano has any real meaning. Many have treated waivers of the implied warranty as unenforceable for years, and builders that have been including them in contracts may have been just pushing their luck until a homebuyer had the time and money to take them to court.

To complicate matters even more, express warranties aren’t exactly a replacement for the implied warranty. Express warranties offer a more immediate remedy by essentially requiring a builder to fix any covered defect within a certain timeframe, no questions asked. Express warranties may last for a shorter period, but generally provide a homebuyer with immediate repair, whereas an action under the implied warranty would need to prove the builder was at fault, likely in a lengthy trial or arbitration. The builder in Zambrano may not have been competing to offer the best express warranty, but other builders actually do. For example, express warranties for roofing often last 10+ years. So, concerns about disincentivizing better express warranties may hold some weight after all. And, while many homebuyers lack the sophistication to understand what a waiver would entail, others may have legitimately waived it to negotiate a more favorable deal with a builder. Zambrano entirely restricts such informed bargaining, which may be damaging to complex residential projects.

Only time will tell what the true impact of Zambrano will be, but builders will likely face some increased liability on projects—and those costs will ultimately be passed on to buyers. After all, passing costs on to consumers is what our society is all about. 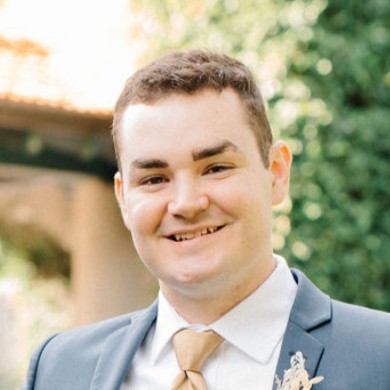 Jackson Pittman is a Staff Writer for the Arizona State Law Journal. He is interested in construction litigation, intellectual property, and energy law. In his free time, he loves reading Vonnegut and Murakami novels and learning to play chess.