Beloved, timeless works of literature are now in jeopardy of banishment from the gates of public school curricula and libraries in Arizona. On September 24, 2022, House Bill 2495 (codified as A.R.S. §15-120.02) went into effect banning the use of or reference to sexually explicit materials in Arizona public schools. Exemptions arise only upon written parental consent and if the exempted material “possesses serious educational value for minors or possesses serious literary, artistic, political or scientific value.” If schools do not secure parental consent, they must provide an alternative assignment that does not contain sexually explicit material. The bill was passed along partisan lines, garnering support among all Republicans in the House and Senate and facing opposition from Democrats.

The purpose of the bill, according to its sponsor, Rep. Jake Hoffman, is to shield children from inappropriate content and to ensure “that the same types of materials that are currently prohibited under our criminal code are kept out of our classrooms.” In particular, Hoffman emphasized that elementary school children were being exposed to titles like “Dry Humping Saves Lives” and “It’s Perfectly Normal,” which contain full-color pictures of naked people.

While well-intentioned, the statute—as it’s written—may hurt children more than it protects them. With a broad and all-encompassing definition of “sexually explicit materials,” the statute goes entirely beyond simply keeping pornography out of classrooms—it conflates tasteless and repulsive sexual indoctrination with some of the most influential books ever written.

Basically, any mention of sex is off-limits. This puts books like The Kite Runner, 1984, The Great Gatsby, A Brave New World, The Color Purple, I Know Why the Caged Bird Sings, and countless other awe-inspiring literary masterpieces on the line. These books often incidentally reference sex to advance broader themes and tell worldly stories—but by no means do they pose a threat to high schoolers’ well-being. Should schools really need parental permission to teach these classics?

Created under a paternalistic pretext of “protecting the innocence of Arizona children from sexually explicit materials,” this statute is one of many recent efforts to undermine the integrity of the public school system. Letting parents regulate their child’s learning, while important in many contexts, can lead to the harmful consequence of depriving children of a well-rounded education—not to mention, contributing to a toxic culture of coddling which hinders the development of well-adjusted young adults. Instead of making strides to enhance sex education in public schools, this statute regressively contributes to the stigmatization and silencing of sex education in Arizona (or lack thereof).

HB 2495 adds Arizona to the growing list of states implementing book bans in schools. During the 2021–22 school year, more than 1,600 book titles across 32 states were banned from public schools. These efforts are largely sponsored by right-wing groups seeking to censor books featuring LGBTQ+ characters and characters of color. According to PEN America—a First Amendment advocacy group dedicated to fighting book bans—41% of the 1,648 indexed banned titles address LGBTQ+ themes, 40% contain protagonists or prominent secondary characters of color, and 22% contain varying sexual content. These include novels with some level of description of sexual experiences of teenagers, stories about teen pregnancy, sexual assault, and abortion as well as informational books about puberty, sex, or relationships.

Although HB 2495 only targets sexual content, it has a homophobic history. An earlier version of the bill contained “homosexuality” under its definition of “sexually explicit,” which would have effectively made it illegal to reference or teach about homosexuality. This would have largely undone Arizona’s bipartisan effort to repeal the “No Promo Homo” law—a law that, for 18 years, made it illegal for K-12 public schools to provide HIV prevention instruction that “promotes a homosexual lifestyle.”

“(Book banning) is a proxy war on students who share the marginalized identities of the authors and characters in the books under attack,” said Ashley Hope Pérez, an author of a banned book.

The statute gives little direction to teachers and librarians, who are left confused, apprehensive, and dejected. “It’s unclear what the consequences are for a teacher that violates the statute and what they may face. There are still concerns that because of the vague language, it’s going to have a chilling effect on teachers and libraries, for the books that they’ll carry on their shelves,” said an Arizona education lobbyist, Gaelle Esposito.

Since the statute does not include added funding to fulfill the mandate, its burden adds to an already long list of responsibilities for teachers, according to Marisol Garcia, a teacher and president of the Arizona Education Association. She said that the law is unnecessary because parents have always been involved in PTA and school board meetings where curriculum discussions occur. The chilling effect will only worsen Arizona’s teacher retention problem as working and learning conditions in the state become more untenable. 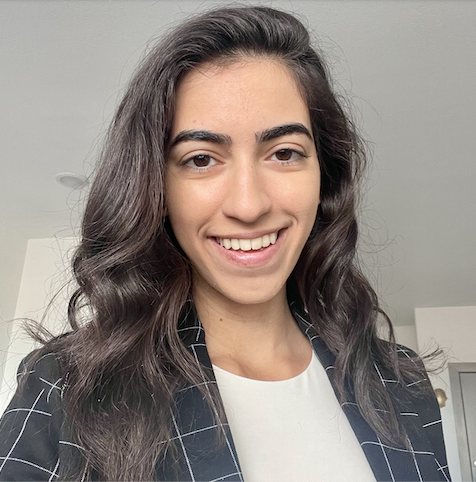 Esther Gold is a 2L from Scottsdale, AZ. Currently externing at the United States Attorney’s Office, she is interested in pursuing a career in litigation. Esther enjoys learning about psychology, playing racket sports, and reading books—especially the banned kind.